Welcome to the Federal Public Key Infrastructure (FPKI) Guides! In these guides, you will find commonly used links, tools, tips, and information for the FPKI.

These guides are open source and a work in progress and we welcome contributions from our colleagues. We encourage you to contribute and share information you think is helpful for the Federal PKI community.

What Is the Federal PKI?

The Federal PKI is a network of certification authorities (CAs) that issue:

The participating certification authorities and the policies, processes, and auditing of all the participants are collectively referred to as the Federal Public Key Infrastructure (FPKI or Federal PKI).

The Federal PKI includes U.S. federal, state, local, tribal, territorial, and international governments, as well as commercial organizations, that work together to provide services for the benefit of the federal government.

What Is an Example of an Identity Certificate?

The full process of proving identity when issuing certificates, auditing the certification authorities, and the cryptographic protections of the digital signatures establish the basis of trust.

Why Should Agencies Use Certificates from the Federal PKI?

All federal agencies should use the Federal PKI for: 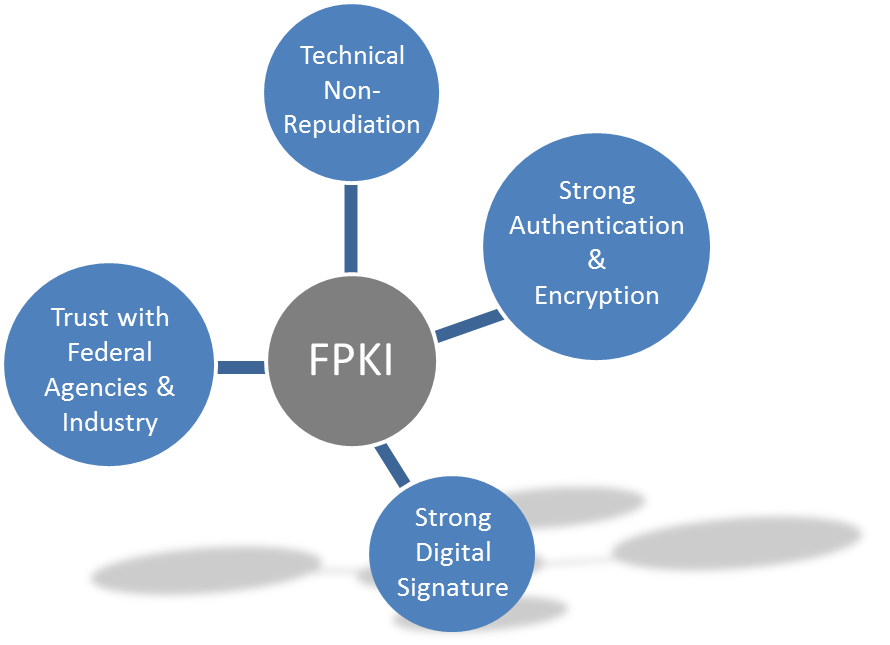 These four core capabilities are made possible by leveraging digital certificates; their policies, standards, and processes; and a mission-critical trust infrastructure.

Why Is the Federal PKI Important?

The Federal PKI is important to federal agencies, other government entities, and businesses that need access to federal facilities or participate in delivering federal government services.

Where Can I Find the Policies and Standards?